Sumo Deadlift High Pull (SDHP CrossFit) is a frequently neglected move in CrossFit training. But, the pattern of movement that is exhibited by the SDHP is essential for the ability the transfer power between legs and hips, across to the upper body, and into the lifted object at the highest effectiveness.

This ability is evident in a variety of other sports like throwing, rowing, and weightlifting. In addition, due to its wide variety of movements, the significant contribution from the major muscles, and the potential to speed up cycles the Sumo Deadlift High Pull is an extremely effective tool for conditioning. As we’ve previously seen (see push jerk and Med-ball clean progressions) the breaking of movements down into a sequence of steps that build upon one and provides a number of benefits to both the participant as well as the coach. 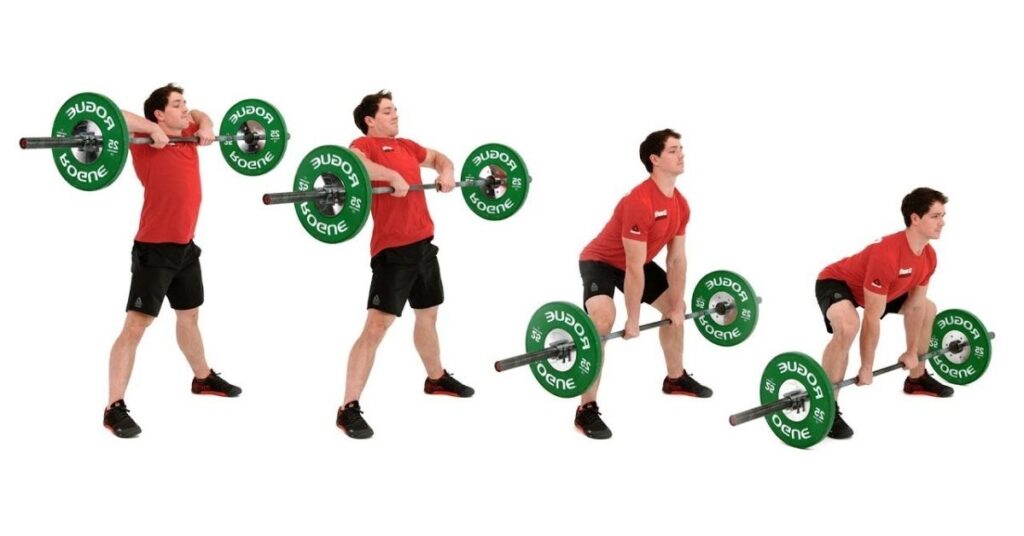 The athlete gains the benefit of focusing on the most important aspects without worrying about completing the whole exercise. The coach benefits in limiting the number of mistakes that can occur during the entire exercise to those that are most prevalent at every stage. Through the use of the progression, method trainers can concentrate their attention and make it easier for the correction procedure.

The primary elements of performance utilized in the traditional deadlift are transferred to the more rounded grip and narrower stance for the sumo. The participant must be able to keep an even spine, hold the bar near to the body and set it up with the shoulders either forward of the bar or lower the heels, and weight balanced in the middle of the foot. In addition, the Sumo Deadlift High Pull demands a posture at or near shoulder width or slightly wider (but not too wide that the user is unable to keep knees moving over your feet) and a grip that is narrower within your legs (but not too tight that it is unbalanced).

The next step of the Sumo Deadlift High Pull is to learn to raise the bar above the end position of the sumo deadlift with an incline to the upper. The slow rate of this second stage during the progression is utilized to highlight the correct timing and posture the legs and hips must extend fully before the shoulders rise. The arms must remain straight throughout the entire process, and the bar must not be able to move away from the torso.

Once the timing of the upper and lower body upper body is understood, the next step is to instruct the athlete to speed up while keeping that quality of movement in the slow version of the exercise. Typically, athletes are prone to a shaky start and allow themselves to lift their heels before they are ready, which can pull off balance. The arms can be bent once the position, as well as timing and acceleration, are all understood. It is important for athletes to keep their elbows “high and to the outside” so that they keep the bar in close proximity to their bodies.

The arms are only allowed to bend following your deadlift, and then shrug in the proper procedure: sumo deadlift, shrug then shrug, deadlift. The same sequence should be repeated in reverse order to ensure that the bar is lowered successfully to the next rep.

What does SDHP mean in CrossFit?

It is believed that the death-lift sumo high pull (SDHP) can be an exercise that is often ignored in CrossFit training. But, the pattern of movement associated with the SDHP is extremely beneficial in the ability to transfer power from the legs and hips through your upper body, and into the lifting object to the maximum efficiency.

What muscles do SDHP work?

The sumo deadlift is a high-pull exercise that targets can strengthen gluteals, hamstrings, and the back as well as back. All of which could boost muscle strength and hypertrophy essential for powerful and explosive movements in training, sports as well as in everyday life.